FREE Nigerian Business Directory
✅ NEW - get your business listed and your information shared across social media.
Ad
The Board of the Nigerian Ports Authority (NPA) says it has approved a new organisational structure and the commencement of a Business Process Re-engineering initiative to improve efficiency.

Mr Ibrahim Nasiru, the Principal Manager, Corporate and Strategic Communications Department of NPA, said in a statement on Saturday in Lagos that the management had also approved the redistribution of all the General Managers.

“The far-reaching initiatives which are aimed at making NPA a truly professional and performance-driven organisation, were approved at a board meeting in Lagos.

“The management notes that this review has become important because NPA’s structure has remained the same in spite of the 2006 concession, which changed the authority’s status from owner/operator to landlord.

“This change in status brought about the concession of cargo handling operations to the private sector, outsourcing of dredging, towage services, vessel maintenance and use of contractors to build infrastructure,’’ Nasiru said. 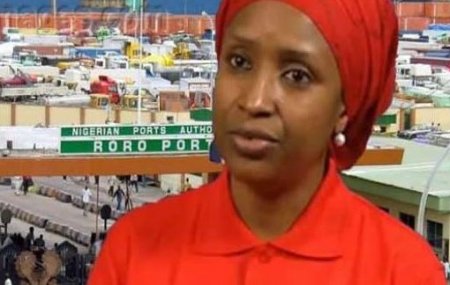 According to him, the board also approved reduction in the number of general managers from 25 to 22; upgrade of Hydrography and Dredging Department into a Division status to be headed by a General Manager.

Nasiru said that the board also approved the upgrade of the Information and Communications Technology Department into a Division to take more responsibilities from departments like Utilities and the Creation of a new Monitoring and Regulations Division.

He said that the board has approved the merger of the Capital Projects and Maintenance Divisions into a single Engineering Division to eliminate redundancies; the scrapping of the Special Duties Division.

Nasiru said that the board has scrapped the zonal office structure as every department in the ports would now report directly to the head office.

“Other decisions taken include: a change in the nomenclature of nine departments and divisions including Public Affairs, which will now be known as Corporate Communications.

“The authority is convinced that this new structure will enhance its capacity to meet its new mandate and strategic direction, improve allocation and optimisation of resources,’’ he said.

Nasiru explained that the new structure would eliminate the duplication of resources, work duplication and reduce the cost to income ratio to the advantage of all stakeholders and Nigerians as a whole.

He said that in addition to the above, the initiative would specifically forestall the duplication of responsibilities across divisions.

According to him, it will also remove the unnecessary bottleneck currently created by the zonal office structure.

“Redundancies created by the transfer of certain core functions of the authority to third party contractors and the multiple reporting relationships and attendant red-tapism.

“The business process re-engineering initiative is the next phase of the re-organisation and it will detail work procedures that will enable the authority to take full advantage of the technology that has already been deployed.

“This will terminate the low capacity utilisation engendered by manual processes,” the spokesman said.

He said that the NPA was mindful of the welfare of its employees, assuring them that no job would be affected by this process.

“Staff in the departments that have been scrapped or merged, will be deployed to the newly-created departments fitting their competences.

“NPA assures its workers that the ultimate goal of this initiative is to institute a transparent and efficient system which will deliver the best dividend to Nigeria and its citizens.

“We solicit the support of all Nigerians toward achieving these goals,” Nasiru said.