Curators
FREE Nigerian Business Directory
✅ NEW - get your business listed and your information shared across social media.
Ad
The League Management Company on Tuesday suspended six match officials adjudged to have fallen below the standards that it expected of then in the Nigeria Football Professional League. 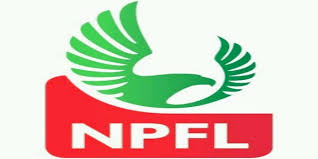 According to the domestic league’s governing body, the referees will not referee any games for the rest of the season.

“Following a review of performances of match officials in the last three match days, the LMC has requested the Nigeria Football Federation to withdraw the said match officials from the NPFL games,” the body said in a statement.

The LMC listed the referees as Umar Mohammed (FCT), who refereed the Match Day 29 fixture between Niger Tornadoes and Plateau United, Aliyu Abdulahi (Kaduna), who was the centre referee on Match Day 30 between Katsina United and Kano Pillars, Saleh Mohammed (Jigawa), who officiated the game between Plateau United and Ifeanyi Ubah, Others are and Samuel Agba (Cross River), who officiated the match between Ifeanyi Ubah and Gombe United.