Nduka Obaigbena, editor-in-chief and chairman of THISDAY, says the N550 million payments he received from Sambo Dasuki, former national security adviser (NSA), were compensation for the Boko Haram attack on the Abuja office of the newspaper on April 26, 2012.

He also said the additional N130 million was compensation for 12 newspapers whose circulation was disrupted in 2014 by soldiers who said they were acting on intelligence that Boko Haram wanted to transport explosive materials under the guise of media vehicles. 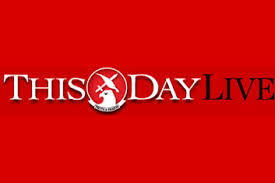