The unions specifically lamented the sudden transfer of two of its officials, the Deputy President 2 of NUPENG, Mr. Asuquo Okon who works with AGIP from Lagos to Port-Harcourt and Mrs. Elo Victor Ogbonda, the Port-Harcourt Zonal Secretary of PENGASSAN who was moved to Lagos by Total.

NUPENG National President, Igwe Achese, decried the assassination of one of their members, Bankole Oronanya, a staff of Halliburton in Port-Harcourt, who he said was killed in the most gruesome manner by unknown assassins who allegedly covered his head with nylon before strangling him.

Achese therefore urged the security agencies to ensure that those behind the dastardly act are arrested, prosecuted and brought to justice as the unions would not fold its arms and allow such to repeat itself, THISDAY reports.

“The major culprits in this victimisation are the Total, Agip and Chevron oil companies. They have continued to undermine our unions by recklessly transferring them so they could lose their positions. Our leaders must be protected and not victimised and harassed,” Achese noted while demanding the immediate reversal of the transfers of the duo of Okon and Ogbonda.

The forum also used the opportunity to decry the continued casualisation of Nigerian workers by the oil companies working in the country, calling on the Minister of Petroleum, Diezani Allison-Madueke and the Group Managing Director of the NNPC to put an end to it.

“Outsourcing and casualisation have been there over the years. We are seeking for conversion of contract and casual staff to permanent staff. Some of the affected persons have stayed for 20 to 30 years, when a casual staff is supposed to stay for not more than six months; this is a clear violation of the provisions of the Labour Act and we are not going to allow it continue, that is why we called the joint council to make it stronger,” Achese who is also the chairman of the joint forum noted.

The union also appealed to the National Assembly to hasten the passage of the Petroleum Industry Bill (PIB) in order to rejuvenate the oil and gas industry, noting that by the time the bill is passed, it would help in creating more revenue for the country and job opportunities for Nigerians.

He disclosed that the joint National Executive Council meeting of the unions would be held in a week’s time to ratify the decisions of the CWC, noting that if their demands were still not met after that, they would have no choice but to down tools. 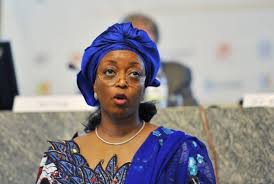