Oba of Benin suspends village head, 3 others over assault, disobedience – The Sun News

Oba of Benin, Ewuare II, has suspended the Odionwere of Egbirhe, Napoleon Oduware Omobude, and three others from functioning as leaders of the village.

The others suspended were Vincent Ugiakha, Frederick Omo Igbinidu and Patrick Obayuwana.
Their suspension, pronounced at Ogue-Emanton, it was gathered, was because they assaulted palace emissaries sent by the Oba to demarcate the boundary between Egbirhe and Okhoromi 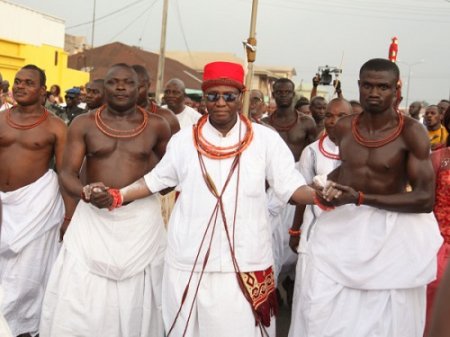