They said the action was to honour the monarch.

Ooni of Ife, Oba Adeyeye Ogunwusi, Ojaja II, was on Friday hosted by the indigenes of Ile-Ife, Osun State, resident in the United States.

The monarch, with his entourage, was received at the J.F. Kennedy Airport, New York, by leaders of Ife indigenes and other Nigerians in the US on Thursday. 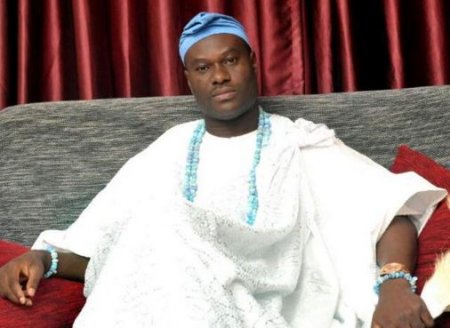 According to a statement, the Ooni has also been billed to visit President Barack Obama at the White House, where he will receive an award.

The statement added that a number of programmes had been scheduled to honour the traditional ruler while in the country.

As part of activities in his visit to the US, the Ooni will on Sunday, June 12, 2016, be the Special Guest of Honour at the prestigious Odunde festival.

The festival, which promotes the culture of the Yoruba race, was created in 1975 by Lois Fernandez and Ruth Arthur, and attracts about 500,000 people annually.

The event will provide an opportunity for the monarch to interact with the over 3,000 Ife indigenes in the US on how to develop Ile-Ife.
PLACE YOUR ADVERT HERE
Connect with people interested in education, social, crime and health News!