Politics Obasanjo Begs APC: Fulfill All Campaign Promises You Made To Nigerians

Former president, Chief Olusegun Obasanjo, yesterday visited Governor Samuel Ortom of Benue State and urged the All Progressives Congress (APC) government to fulfill all campaign promises made to the people during the campaigns. 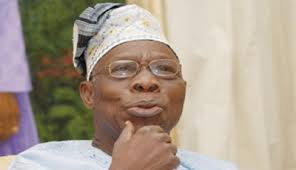 The elder statesman however, explained that his visit to Benue State was propelled by the development initiatives of the Ortom administration geared towards ensuring industrialisation of the state.

Obasanjo stated this at a dinner organised for him by Governor Ortom at the new Banquet Hall of the Benue Peoples’ House, Makurdi. He further appealed to the people of the state to support the governor to deliver good governance and enjoined farmers in the state and country to unite in order to provide food security, jobs and wealth for the nation’s growth.
Share:
Facebook Twitter Reddit WhatsApp Email Link
[1910]
Show hidden low quality content