Nigeria's former President, Olusegun Obasanjo believes the state of the Nigerian economy under Civilian President, Goodluck Jonathan is the same as it was under military dictator,Sani Abacha.

DAILY TRUST reported that Obasanjo made the economic comparison while addressing a group of traders who visited him in Abeokuta. After reading out a distress message sent to him by SMS by a Nigerian requesting financial assistance, the former President said, "I told him (sender of the message) we experienced this at the time of Abacha, the middle class was completely destroyed".

"I was surprised the day a Colonel in the army came to me complaining that he and his family could not afford to buy a car",Obasanjo continued.

Speaking on the way forward, Obasanjo said, "To be fore-warned is to be fore-armed, if we will get ourselves out of the morals we find ourselves in, it has to be done by each and every one of us. We all have contributions to make and should not leave our responsibilities for others. If we fail to participate in things that are meaningfully positive for this country, we will all become victims".

Addressing the traders on the political journey beyond 2015, Obasanjo said, "As for me, we don’t know where we are going yet, may God show us the way to take this country and make it great. For me, I understand and I see the way, I will tell you, I pray that God will show me the way, may God show you the way". 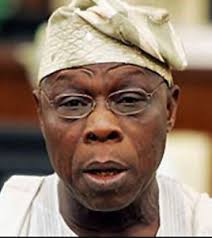 Sep 17, 2021
Kayode Israel
K
E
Politics Jonathan continued the persecution that Yar’adua started, he was convinced by his circle that I was a threat and he had to take me out - El-Rufai - LI

May 5, 2021
ese
E
E
Sponsored Tribute To Captain Hosa: His Whole Essence Was Making Sacrifice For Others - Greg Uanseru

Oct 1, 2020
ese
E
E
Metro Boma and I didn't have sex but it was wrong as a married woman to be kissing - Tega apologizes for her behaviour in the Big Brother Naija reality show