Former President Olusegun Obasanjo says he maintains his earlier position that the National Assembly is full of rogues and armed robbers.

The former president said this yesterday in his reaction to the allegations and counter-allegations currently trailing the padding of the 2016 budget, in the House of Representatives.

Obasanjo was addressing State House correspondents shortly after meeting behind closed-doors with President Muhammadu Buhari at the Aso Rock Presidential Villa in Abuja. 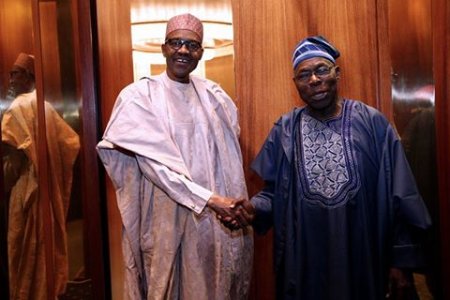 curator said:
But you ALLEGEDLY tried to bribe them for third term
Click to expand...

All things have passed away @curator.

Curators
They always do... we have short memories and big mouths
Show hidden low quality content