For Sale - One Bedroom Executive Flat - Lagos (NGN37m)
✅ NEW - car park, swimming pool, 24 hours light/security and more.
Ad
Chief Audu Ogbeh, a chieftain of the All Progressives Congress, APC has apologized to the #BringBackOurGirls movement for any trouble he may have caused them following his vocal declaration of support for the group during the official presidential declaration of Muhammadu Buhari.

According to VANGUARD, Ogbeh, in a letter to the leadership of the group, affirmed that he had since realised that APC members formed less than two percent of group’s membership.

Part of the letter read, "Dear patriots, I feel obliged to let you know that my statement at our function last week was not intended to paint your group as an APC sub-group.

"This is because from what we know, less than two percent of the group are our party members, but members we value highly. The rest of you are not and may not even belong to any political association whatsoever.

"If my statement caused you any discomfort, I do apologize, but reiterate that I have nothing but respect and admiration for you for keeping a six-month vigil and telling the world that the Nigerian conscience is not entirely dead.

"The world is watching us and making judgments. I wish you God’s blessings and protection". 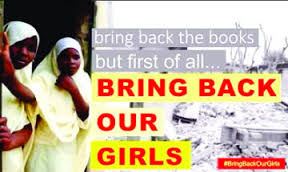