Curators
For Sale - One Bedroom Executive Flat - Lagos (NGN37m)
✅ NEW - car park, swimming pool, 24 hours light/security and more.
Ad
The 13-year relationship between a drink seller in the Abukuru, Ajegunle area of Lagos State and her lover, 38-year-old Kingsley Pereowei, has come to a gruesome end. 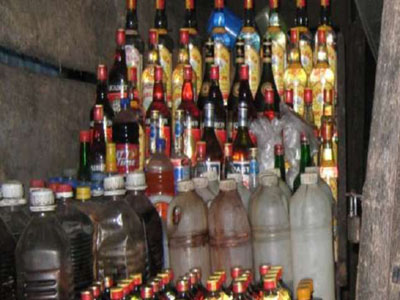 The trader, identified simply as Mary, reportedly slit Kingsley’s throat while he was sleeping in the early hours of Friday, left him in a pool of blood and went into hiding.

Kingsley, who screamed for help, died before residents could rescue him, Punch reports.

Although the immediate cause of the attack had yet to be ascertained, some residents said the couple’s relationship had been marred with incessant quarrels.

Mary was also said to have recently accused the victim of dating another woman in the neighbourhood.

Kingsley’s elder sister, Linda Pereowei,who spoke to Punch on phone, said she was asleep around 3am on the day when one of the Kingsley’s neighbours came to inform her about the incident.

She said, “By the time I got there, my brother was dead. This is the 13th year that they have been dating each other. She cast a spell on my brother so that he would not be able to quit the relationship. No single child between them and they were not married.

The Lagos State Police Public Relations Officer, SP Dolapo Badmos, said a postmortem would be carried out on the corpse of the victim.