Ohanaeze youth wing has ordered the All Progressives Congress (APC) to apologize to former Chief of Army Staff, Gen. Azubuike Ihejirika and Ndigbo within 48 hours. The apology is demanded over what Ohaneze termed an attempt to brand Ihejirika, a boko haram sponsor.

DAILY POST reported that Ohaneze issued the ultimatum on Sunday. A statement signed by its National Secretary, Emmanuel Okwu Nnabuike and Publicity Secretary, Obinna Adibe, said, "It is on record that the same people trying to frame up Gen. Ihejirika are the same people who claimed they would make Nigeria ungovernable for President Jonathan, in the aftermath of the 2011 presidential election.

"We view the call for Ihejirika’s trial by the All Peoples’ Congress (APC) through its spokesman-Alhaji Lai Mohammed, without bothering to confirm the authenticity of the statement as malicious and premeditated. Now that the Director of State Security has officially absolved Ihejirika of any complicity in the matter, we ask the APC to issue an apology to Gen. Ihejirika and Ndigbo within 48 hours.

"If they fail to do so, the APC shall be formally labeled an Anti-Igbo party and other sanctions shall follow.. Security is too weighty a matter to be politicized. Therefore it is unpatriotic for political leaders to embark on character assassination based on unsubstantiated and misguided rumours.

"Dr Stephen Davies has shown himself to be a fraudulent character and a mercenary, whose stock in trade is the distortion of information in order to cause chaos, thereby creating more business for him”. 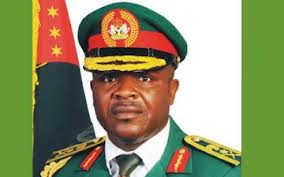 May 26, 2017
LequteMan
L
A
Politics 'We are Pan-Nigeria Not Anti-Igbo'- APC defends Calls For Ihejirika's Arrest