Business Oil Prices Crash To $38 For First Time Since 2009

Crude oil prices continued at a six and a half year low on Tuesday, as the Organisation of Petroleum Exporting Countries (OPEC) basket price fell to $38.18 per barrel, one of its lowest since 2009. 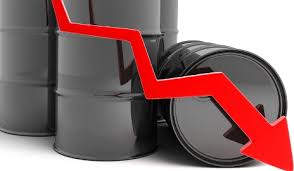 The basket price, which is calculated as an average of 12 crude oil variants sold by OPEC members fell from $38.37 per barrel on Friday to $38.18 on Monday, OPEC said on Tuesday. Oil prices initially hit a 6-year-low on November 18, when it sold for $38.04, but rose to $38.52 the following day, before it crashed to another low on Monday.

The last time the crude oil sold as low as that was in February 2009 when the prices crashed to $38.10 per barrel.