FREE Nigerian Business Directory
✅ NEW - get your business listed and your information shared across social media.
Ad
Nigerian oil workers are going ahead with their planned strike today( Thursday), despite reports that the government had commenced talks with their leaders, the Petroleum and Natural Gas Senior Staff Association of Nigeria (PENGASSAN) has said.

The acting general secretary of PENGASSAN, Lumumba Okugbawa, dislcosed this to Premium Times on Thursday morning that they were not aware of any negotiations between any arm of the association and the government on any of their demands. 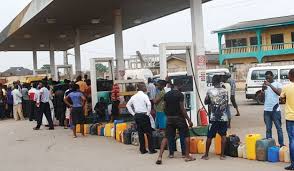 “It is not true there are on-going negotiations between PENGASSAN and government. Apart from the inconclusive negotiation on June 23, which was rescheduled to June 30, only to be put off indefinitely with no further appointment, we are not aware of any other negotiation with government,” Mr. Okugbawa said.
You must log in or register to reply here.