FREE Nigerian Business Directory
✅ NEW - get your business listed and your information shared across social media.
Ad
Former Publicity Secretary of the Peoples Democratic Party, Olisa Metuh has disclosed that talks have begun between his legal team and officials of the Economic and Financial Crimes Commission to facilitate his return of N400million traced to him from defence funds.

The funds which were primarily meant to fight Boko Haram insurgents were shared to party officials by former Nigerian President Goodluck Jonathan through the office of the Nation Security Adviser. 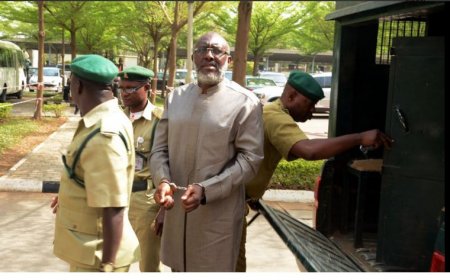 Mr. Olisah through his lawyer Onyechi Ikpeazu has issued a statement again reasserting his intention to return the funds in its entirety to signify his support for President Muhammadu Buhari's anti-corruption war.

Metuh is currently undergoing trial for money laundering at a Federal High Court in Abuja.