Curators
FREE Nigerian Business Directory
✅ NEW - get your business listed and your information shared across social media.
Ad
The Olubadan of Ibadanland, His Imperial Majesty, Oba Saliu Akanmu Adetunji, Aje Ogungunniso 1 has made speaking of Yoruba compulsory in his palace. 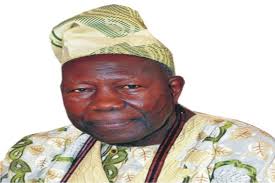 The prominent traditional ruler gave this order during a visit by students of the University of Ibadan under aegis of 2016 Yoruba Group Study Abroad (YGPA).

He said: “because of the condition we met our language and observed that both the parents and government are not doing anything to salvage our dear language from going into extinction, I made it a standing order that official language in the palace is Yoruba and absolutely, Yoruba.”

To this end, he called on all Governors in the South West states to ensure that the teaching and learning of the language is made compulsory in all schools in the zone.

He also advised parents in the land to encourage their wards in the speaking and learning of Yoruba Language, noting that any tribe whose language is dead will perish.

Oba Adetunji said that the rate at which Yoruba language is dying by the day is alarming and thereby called on parents to cultivate the habits of teaching and speaking the language to their children at all time.

Oba Adetunji said, “I am always worried at the rate at which our language is dying by the day due to the insensitivity of some our parents who now rejected their mother tongue and also prevented their kids from speaking it.”
You must log in or register to reply here.