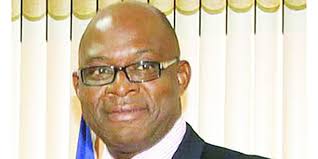 Omatseye was prosecuted by Economic and Financial Crimes Commission, EFCC, on a 27-count charge of bid rigging and contract splitting worth N271 million while he was the boss of the maritime regulatory agency.

The former NIMASA boss in the appeal by his lawyer, Edoka Onyeke, is arguing that he was persecuted and not prosecuted, stressing that contract splitting though existing in the law, the approval above threshold does not exist.

The lower court in its judgement noted that the embattled former DG of NIMASA was on suspension. According to Onyeke, “Interestingly, the judge who had been transferred to the Kwara State jurisdiction threw out a January 23, 2013 letter from the Bureau of Public Procurement, BPP, which cleared Omatseye of any wrong doing while in the agency.

Omatseye was sentenced to five years imprisonment on 23-count charge of N2.5million approval above his threshold, which doesn’t exist in law.”
You must log in or register to reply here.