FREE Nigerian Business Directory
✅ NEW - get your business listed and your information shared across social media.
Ad
The Resident Electoral Commissioner, for the Independent National Electoral Commission (INEC), Mr Segun Agbaje, has insisted that the commission is set to go ahead with the Ondo governorship election, slated for November 25, 2016.

Mr Agbaje stressed that “we have passed that stage. No postponement. We are going ahead on Saturday”, while speaking with Channels Television. 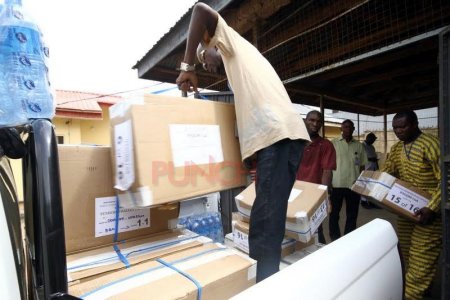 Refusing to give away much information, he however revealed that “the returning officer has been appointed by the chairman of the commission and his name would be kept secret until tomorrow”.

This comes after the candidate of the People’s Democratic Party, (PDP), Mr Eyitayo Jegede, stormed the INEC office on Thursday, to press home his demand for a postponement of the election.

The appeal court had on Wednesday, recognized Mr Jegede as the PDP candidate and struck out all interlocutory appeals on the substitution of Mr Jimoh Ibrahim.
You must log in or register to reply here.