FREE Nigerian Business Directory
✅ NEW - get your business listed and your information shared across social media.
Ad
The Senator Ali Modu Sheriff’s faction of the Peoples Democratic Party, PDP, has prayed the Supreme Court to disband the fresh panel set up by the President of the Court of Appeal, Zainab Bulkachuwa in relation to the dispute over the governorship candidate of the party in Ondo State.

Recall that Bulkachuwa has recently constituted a fresh panel to hear appeals over the crises relating to the governorship candidate of the PDP in Ondo State.

The Independent National Electoral Commission, INEC, had replaced Eyitayo Jegede with Jimoh Ibrahim as PDP’s governorship candidate in Ondo State, an action that has led to crises in the state. 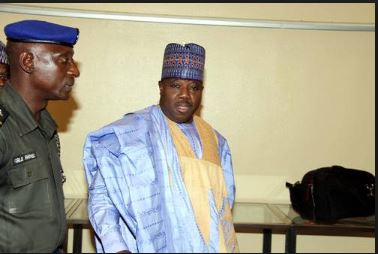 Sheriff’s appeal was contained in a motion filed before the Supreme Court seeking a stay of all proceedings before the Court of Appeal in relation to the appeals pending the determination of the two appeals they filed on October 31.

The motion marked CA/ABJ/402A/2016 and filed by two members of the party, Benson Akingboye and Ehiozuwa Agbonayiwa among others said it was wrong to allow the Court of Appeal to proceed with the appeals when they have valid appeals before the Supreme Court, which challenged the jurisdiction of the Court of Appeal.

Meanwhile, the appeal court has resumed hearing following re-constitution of the Appeal Panel in the case of the governorship candidate for the Peoples Democratic Party, Ondo state.