Politics Ondo Election: We Are On Top of The Game – Nigerian Police Assures Residents

FREE Nigerian Business Directory
✅ NEW - get your business listed and your information shared across social media.
Ad
The Police Command in Ondo has assured the residents of Akure of their safety from the violent protest which erupted in the state in early hours of Friday.

The protest followed the Independent National Electoral Commission (INEC) replacement of the name of Eyitayo Jegede with Jimoh Ibrahim as the PDP governorship candidate for the Nov. 26 election.

The Police command’s spokesman, ASP Femi Joseph, told newsmen the police were committed to the protection of the lives and property. 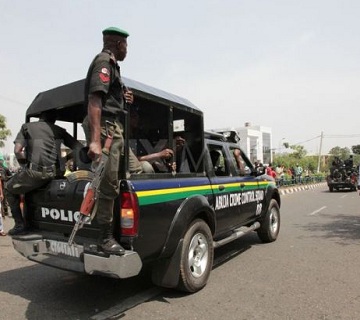 Joseph enjoined the people to keep calm as normalcy would soon be restored, adding that the command had dispatched officer and men to the scene of protests on Oba Adesida Road.

“We are aware and our men are on their way to the scene, I will speak with you more later as the incident develops.

“We are trying to coordinate our men so that the incident will not escalate,” he said.

Passengers had to alight from taxis and buses due to burnt tyres and debris on roads in Akure.