For Sale - One Bedroom Executive Flat - Lagos (NGN37m)
✅ NEW - car park, swimming pool, 24 hours light/security and more.
Ad
On the night of 12th December 2015 in the city of Zaria, Kaduna state, Sheik El Zakzaky, the leader of the 10 million-strong Shia muslim community in Nigeria, was shot, brutalized and dumped in a wheelbarrow. He barely escaped with his life but sadly, according to Iranian government sources and the New York Times, his wife, two of his sons and no less than one thousand of his shia muslim followers were not so lucky.

That alone speaks volumes but what is more important to note is the fact that this is one of the most brutal and callous events in the history of our country. It was premeditated, well-planned, well-orchestrated and well-executed. Homes were bombed and burnt to the ground and innocent and defenseless men, women and children were slaughtered in an unrelenting frenzy of violence.

After the carnage the bodies of the victims were left in the compound of the houses and in the streets and gutters for carrion birds to feed on and for street urchins and petty thieves to rob. This was indeed a sordid and shameful chapter: it was not only mass murder but it was also a crime against humanity. Those that were murdered were targeted simply because they were Shia Muslims and simply because, earlier in the day, some of them had mounted a road block which obstructed the convoy of the General Burutai, the Chief of Army Staff. 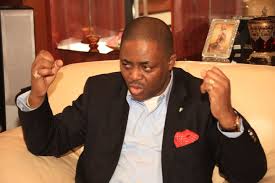 It is very clear that by this act alone the Chief of Army Staff, under whose orders these men were acting, President Muhammadu Buhari, who is the Commander-in-Chief of our Armed Forces, and every single officer and soldier that took part in the massacre are guilty of war crimes and crimes against humanity and are therefore candidates for the International Criminal Court at the Hague. Our leaders must be accountable and it is my fervent prayer and desire that the whole matter ends up their and that both Buhari and Burutai are called to justice.

What makes the whole matter worse is the fact that there was no mention of the episode on BBC television or CNN and there was no sense of outrage in our country about what these people had been subjected to. One wonders what happened to our sense of decency and our ability to empathize with those that are suffering and that have been subjected to injustice? What happened to our sense of responsibility, our sensitivity and our compassion? Yet it doesn’t stop there.

Two days before the tragic events in Zaria a man was granted bail by two separate courts in two separate criminal matters in Lagos. However the minute he stepped out of the court premises he was confronted and apprehended by operatives of the Economic and Financial Crimes Commission (EFCC), violently manhandled, dragged off the streets, bundled into a waiting van, given the beating of his life and whisked away to an unknown destination. According to our constitution this man is presumed innocent until proven guilty and up until now he has not been found guilty of any crime. Worse still the operatives did not have an arrest warrant and what they did was manifestly unlawful. Yet despite that, again there is no sense of outrage in our country about the treatment that this man was subjected to. Again it doesn’t stop there.

Now FFK claims to care about some people, was he also caring when he was calling the Fulani's tse-tse fly?
Thank God, the presidency does not even deem him worthy of response.