Obi Nwakanma, a columnist with the vanguard Newspaper has analysed the three-in-one aspect of President Mohammadu Buhari in this op-ed article.

The compelling reasons for the current roadshow seem however to be (a) the gloomy revenue picture for the coming years has unnerved the federal government and it needs a victim for sacrifice to assuage Nigerians increasingly impatient for a change that is not yet visible.

President Buhari wants to continue to blame the past administration for the parlous state of things, (b) President Buhari has it in for Dasuki. There have been hints of an alleged old burning animosity.

It does seem increasingly clear that President Buhari wants to make mince-meat of Sambo Dasuki for reasons not too unconnected to this past. It seems there’s something very personal in the president’s pursuit of Sambo Dasuki, and I make this statement, not without some hesitation, because on one hand, the President’s fight against the level of corruption revealed so far in the Dasuki affair is necessary and commendable. 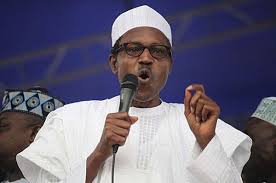 Yet, we must sound here, a note of caution, because so far, what we have heard is the Buhari government’s story of the scandal. We need to pause and take a deep breath as a nation, and wonder a bit if this government is driving us to a frenzy that could foreclose all reason.

As a newspaper columnist, I am professionally required to be skeptical until all the proofs come in. In fact, good, old reason instructs me to first, doubt the government on any occasion when it brings a case against a citizen, until the clear case is established in a legitimate court and before a fair and fearless judge. That’s what informs my current skepticism in the current government’s pursuit of this case in the manner it is currently pursuing it.

Again, let me be as plain as possible: Buhari’s publicly stated mission to find and prosecute all those who have corruptly enriched themselves at the expense of the public is a most commendable thing. But many good things have been known to go south, as the expression goes, too quickly, as a result of the mishandling of process.

The facts as have been outlined by the government prosecutor in the Dasuki case is that the past President Goodluck Ebele Jonathan authorized funds for the use of the National Security Agency under Dasuki to procure arms for the fight against Boko Haram, but no arms were procured. Part of the money was released by former Minister of Finance, Dr. Okonjo-Iweala, as it has been revealed, from the recovered Sani Abacha funds held by the government, and given to the former National Security Adviser, after the minister sought the authority of the president, who gave it, and whose action in authorizing the funds should have been the subject of a National Assembly inquiry only if (a) he, as president disbursed money outside of the appropriation act, and (b) without the express authority of legislation, he deployed government emergency funds to any purpose.

I do of course confess my ignorance on the question of whether the president of Nigeria has spending authority up to a particular limit outside of legislative authority, and if he does not, the question then must arise on whether he had the approval of the National Assembly to release money from the Abacha funds, and whether he communicated this fact also to the National Assembly. If he did not seek that authority, the 7th National Assembly failed in its duty to the nation in its role as the guardian of the state and chief purser of the nation, as well as the watchmen for the public, in not impeaching President Jonathan.

If the National Assembly did not have the information about the withdrawal of money from the National Accounts, the Auditor-General of the Federal must be held accountable for dereliction of duty. These should be the substantive question arising out of this scandal. What all these point to is the failure of the law and the disregard of institutions of law.

The rule of law is the cornerstone of every democracy. The alternative is arbitrary rule, and that is the fear now being quietly expressed by an increasing number of Nigerians about President Buhari’s style of government. The president has deployed the Department of State Security to deny Mr. Dasuki his freedom. At the moment, Sambo Dasuki is a victim of government because the case against him has not been proved in court. The government prosecutor has arraigned him, and the courts have granted him a bail which the Buhari government has denied him. Last week, in his first media chat, the president made it quite clear that he is scandalized by the Dasuki affair, and on the Nnamdi Kanu event.

The president’s seems set on prosecuting and exerting his own brand of justice on these individuals who have been accused, one of embezzlement of government funds, and the other of treasonable felony. But at this moment, Nigerians must remember that the courts have granted these individuals bail, and that the Buhari administration is defying court orders and keeping these citizens in prison, and denying them their rights for freedom under a democracy. I think the president’s advisers should remind him of the following: one that he is no longer a military president, that the democratic republic is governed by something called the rule of law; two that he cannot continue to subvert the rule of law by making his administration defy court orders.

Those accused have been granted bail, they deserve their day in court, but until that day, the government has no business locking them up when the courts have freed them, and three, the president does not have the rights to be both judge and jury in a democracy.

President Buhari has been accused of selective and vindictive pursuit of justice by the PDP opposition in his current anti-corruption stance, but the larger truth is that the president does not have the powers to investigate another administration. The power to investigate any government lies with the National Assembly which so far seems like a sleeping arm of government – a rubber stamp of every regime. But I think it is about time that the National Assembly called the president to order in order to prevent the misuse of his powers in a democracy.