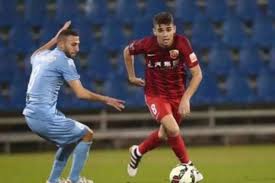 The Brazilian kicked the ball violently and purposefully against two Guangzhou R&F players, resulting in a fight on the pitch between the two teams.

Oscar will now not be eligible to play in the Chinese Super League until August 13 and will pay a $5,000 fine.

“Oscar’s immoral foul, which sparked a massive bust-up on the pitch, has had a huge negative impact on China’s professional football leagues,” read a statement of CFA.

“The CFA alway attaches great importance to the issue of discipline, taking great pains to root out the violent fouls and other unsportsmanlike behaviour.