Curators
For Sale - One Bedroom Executive Flat - Lagos (NGN37m)
✅ NEW - car park, swimming pool, 24 hours light/security and more.
Ad
Oscar made a successful bow for Shanghai SIPG as he found the target in a friendly encounter against Saudi Arabian Premier League side Al Batin in Doha. 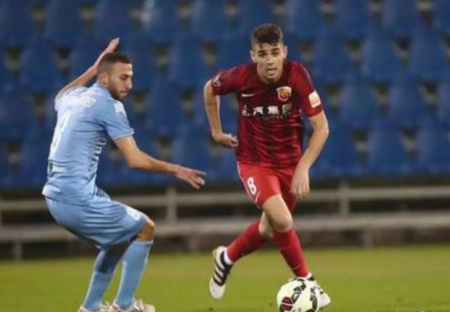 The Brazil international made a surprising switch to the Chinese Super League earlier in the month, when he was captured for £60 million from Chelsea, but the 25-year-old attacker has hinted he will justify his £20m-per-year wages by netting on his first appearance for the club.

With the game scoreless, he came off the bench in the second period and was quick to make an impression when he broke the deadlock with a sweeping finish after a poor clearance.

But this was not his only key contribution. He threatened to find the target on several more occasions and drew the foul from which Lu Wenjun fired a free kick into the top corner to seal the points.

Jan 6, 2017
kemi
K
A
Sports Wenger - Chinese Money is a Threat to the Premier League

Dec 24, 2016
abujagirl
A
B
Sports Kelechi Iheanacho scores on his debut for Manchester City