Curators
For Sale - One Bedroom Executive Flat - Lagos (NGN37m)
✅ NEW - car park, swimming pool, 24 hours light/security and more.
Ad
Lagos / Abuja – Despite leading the All Progressives Congress (APC) to victory in the just concluded Kogi and Bayelsa governorship elections, majority of the governors elected on the party’s platform are resolute in their demands that Comrade Adams Oshiomhole, the national chairman of the party, must resign and allow a new helmsman take charge of the affairs of the party.

Daily Independent gathered that despite claims by loyalists of Oshiomhole that he has been winning elections for the party, the governors and former governors who are hell-bent on removing the embattled national chairman are of the opinion that the party is more divided than ever before under his leadership and thus the need for a change 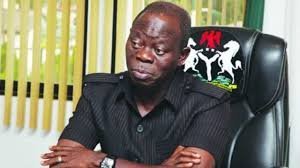