For Sale - One Bedroom Executive Flat - Lagos (NGN37m)
✅ NEW - car park, swimming pool, 24 hours light/security and more.
Ad
Osi, Nigeria's popular Beat 99.9FM On Air Personality has tendered an official apology to fans over the controversy that followed his posting of a picture which showed the broadcaster striking a pose with a totally nude female model on his Instagram page.

It barely came as a surprise when Osi came under the intense fire of fans and Instagram users who condemned the photo and tagged it offensive.

Yesterday, October 6, 2014, popular on air personality, Osikhena Dirisu otherwise called Osi, shared a picture of himself and a totally nude female model on his Instagram page.

The picture went viral and Osi got a lot of negative comments and reactions as a result of the picture and the broadcaster has officially issued an apology via his Twitter handle today, writing: "To everyone that found that picture offensive I apologize. Pictures are a form of art and everyone has a different perception," said Osi who apologised via his Twitter handle. 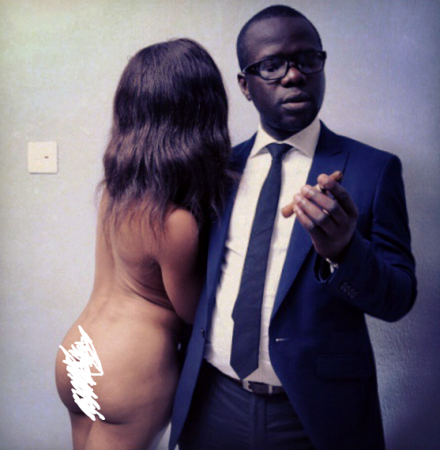