FREE Nigerian Business Directory
✅ NEW - get your business listed and your information shared across social media.
Ad
Vice President Yemi Osinbajo investigative panel on the suspension of Secretary to the Government of the Federation (SGF), Engr. Babachir Lawal, and Director General of the National Intelligence Agency (NIA), Ayodele Oke, has invited governor of the Central Bank of Nigeria (CBN), Godwin Emefiele and other concerned authorities.

The CBN governor will answer questions on the $43 million, N23 million and £27,000 recovered from a flat at Osborne Towers in Ikoyi, Lagos.

2. all the contractors and consultants who handled different jobs under the Presidential Initiative on the North-East (PINE). 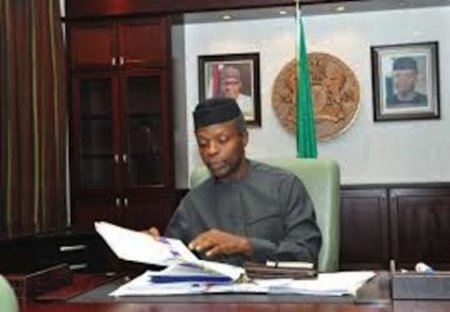 They are expected to explained the funds released to NIA in February 2015.

NAPIMS, a subsidiary of the Nigerian National Petroleum Corporation (NNPC), was said to have released $289,202,382 to NIA for “covert” operations.

The NNPC will also face the panel to explain its role in the money transfer.

The panel will submit its report to President Muhammadu Buhari at the expiration of the 14-day deadline.