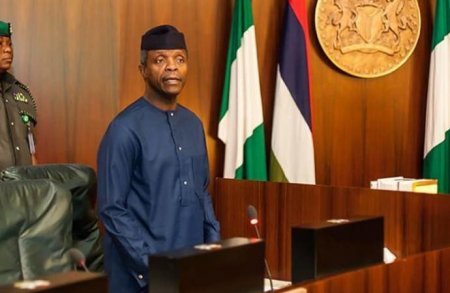 This was tweeted at about 10pm by his spokesman, Laolu Akande, after the presidency dismissed same report earlier.

Akande said said the swearing-in will be done at the start of the weekly Federal Executive Council (FEC) meeting, at the presidential villa in Abuja.

The Ministers are Stephen Ocheni and Suleiman Hassan.

Both were confirmed by the Senate in April.

Ocheni is to replace the late former Minister of State for Labour, James Ocholi; while Hassan is to replace Amina Mohammed who resigned as Minister of Environment to become the United Nations Deputy Secretary-General.