For Sale - One Bedroom Executive Flat - Lagos (NGN37m)
✅ NEW - car park, swimming pool, 24 hours light/security and more.
Ad
According to Gov. Rauf Aregbesola, the Osun State Government has announced the commencement of the construction of a modern residential estate to be known as the Oranmiyan New Town, the Punch reports.

“It will be recalled that as a result of lack of proper urban physical planning, which the state experienced in the past during which people carried out physical developments as they wished, with the attendant problem of perennial flooding, intra-city traffic and transportation problems, and unkempt environment leading to health hazards, it takes courage for one to break this jinx through the introduction of pragmatic and practical urban development control.”

The governor said the parcel of land measuring about 2,572 hectares was acquired by the former Premier of the old western Region, Chief Obafemi Awolowo, between 1962 and 1966 for the purpose of banishing hunger, poverty and unemployment among the people.

He added that the land had continued to be used for farming purposes until after the creation of Osun from the old Oyo State, resulting in the mass movement of people into the state 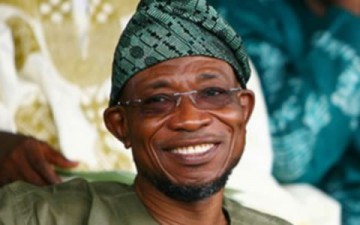 Politics Power of Osun in Nigeria