The Nigeria Labour Congress (NLC) and the Trade Union Congress (TUC) have said the ruling political elites are the real enemies of the country. 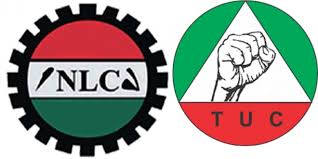 TUC President, Bobboi Kaigama and NLC President, Ayuba Wabba, made the remark during a joint press briefing in Abuja

“Our common enemy, whom we must all resolve to face, remains the corrupt political class, who, instead, of utilising our wealth, choose to loot for themselves and for their children. We, as labour unions, are determined to stop our elite from throwing our nation into another avoidable civil war.

“By no imagination should anyone blame the escalating injustice, poor living conditions; inability of states to pay salaries, massive unemployment and other lows on the structure of our federation.

“You have been witnesses to the degeneration of the national conversation into threats and counter-threats; of pulling down the federation by desperate forces, all of which were conveyed in vile language.

“Those fanning the embers of disunity need to be schooled in the realities of war. We appeal to all parts of Nigeria not to fall cheaply for war as a solution to our self-inflicted crisis. Let us, therefore, not allow them to use the poor Nigerian workers, pensioners and peasants as cannon fodders for their selfish interests.”
Share:
Facebook Twitter Reddit WhatsApp Email Link
[786]
Show hidden low quality content