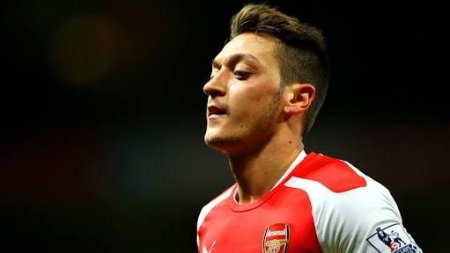 The World Cup winner is yet to agree fresh terms at Emirates Stadium, with his current deal due to expire in 2018.
A failure by both sides to reach a compromise has sparked unwelcome exit talk in north London.

Ozil is considered to be a key figure in Arsenal’s future plans, with the club having spent big to lure him away from Real Madrid.
The 28-year-old has remained coy on a possible agreement, with the issue in the hands of his agent and the club.

The German is yet to agree an extension to a deal that is due to expire in 2018, but he says both he and his boss are comfortable with the situation
Mesut Ozil says contract extension talks at Arsenal will be held “soon”, with the German claiming to feel “very comfortable” with the Gunners.

He reiterated that he is happy in England and planning to hold further discussions in the near future.

Ozil told German news outlet Welt: “I have contract until 2018 in London and I feel very comfortable there. We’ll talk soon and then make a decision.”

While his future hangs in the balance, so does that of Arsenal manager Arsene Wenger.

Sports Mesut Ozil To Reject Move Away From Arsenal In January And Fight For Starting Spot – 360Nobs.com