Curators
A Pakistani judge has sentenced a man to be executed after he was expelled 17 times from 6 different mosques.

The man was sentenced for excessive farting during the period of the Ramadan reports the Islamabad Herald this week.

The Ramadan is the most important religious festival for Muslims and the judge declared that he had indisposed people of the faith and even caused 53 people at one time to leave the mosque during a prayer, a “blasphemous act” which should be punished “according to Allah’s will.”

The judge was lenient, have admitted many experts in the region, as he gave the convicted man the choice of being beheaded or stoned to death.

“The law is clear, he should be stoned to death, beheading is a very light sentence and saves him from any suffering,” protested the government prosecutor.

Muhammad Al-Wahabi, 33, suffers from chronic flatulence, “a rare medical condition” he argued in his self-defense, as no lawyer would take his case.

“No lawyer is crazy enough to bet his career on this issue. If his client his condemned, as in this case, the lawyer would face prosecution and possibly the same faith as his client” admits legal expert Andrew Jones, a Middle Eastern law expert.

Al-Wahabi did not contest the judgment and even said the judgment was fair and that he hoped Allah would be gracious enough to pardon his blasphemous actions.

Al-Wahabi also admitted that he put a tampon in his rectum several times in a desperate attempt to mask the noise and odor.

“A disgraceful and insidious act” the judge declared, visibly disgusted.

“Muslims are not allowed to insert any objects inside their anus, not even a finger, it is forbidden by the Koran,” said the judge.

“As a judge, I must set an example for other Muslims. This is clearly unacceptable under Shariah law,” he concluded.


See his photo below: 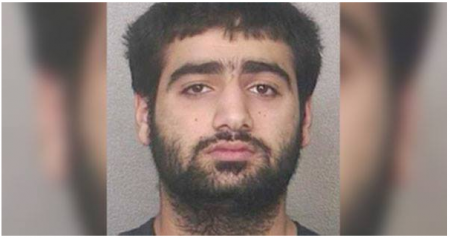 He says it is fair judgement. is there a place set up for farting in Pakistan?

Lord have mercy! Farting? Am speechless .

It is only Satan that has no mercy. This is satanic judgement.
K

Don't blame this guy, bcos the position they're using to pray is very dangerous

Teablaq27 said:
Any right thinking person knows this is a part of campaign PC calumny to smear the name of Islam
Click to expand...

I think before saying anything about this man they should check maybe mental .. and set him free, not sentence to death.