For Sale - One Bedroom Executive Flat - Lagos (NGN37m)
✅ NEW - car park, swimming pool, 24 hours light/security and more.
Ad
Panic in some parts of Rivers State as speculations that soldiers were entering schools with the aim of forcing school children to receive vaccination allegedly from the Nigerian Army.

Several callers to some Port Harcourt-based radio stations had triggered anxiety among parents, who trooped to various schools within the state capital to take their children away.

As of 9.45am, parents were seen at the gates of some of the private and government-owned nursery, primary and secondary schools, asking the school officials to release their children for them. 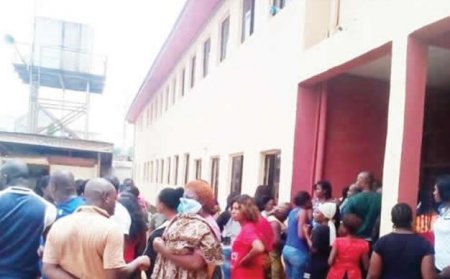 On the street, parents were seen with their children hurriedly stopping taxies and buses to convey them to their various homes.

As of the time of filing this report (12.49pm), almost all the schools in Port Harcourt, the Rivers State capital were without pupils and students due to the panic.