A self-proclaimed pastor identified as Korede Olamide, has been arraigned by an Ogudu Magistrates’ Court in Lagos State, for allegedly drugging and raping a woman who went to him for spiritual solutions to her problems. 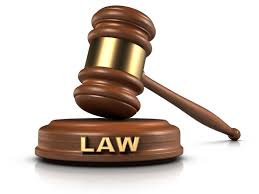 The 37-year-old man was said to have robbed the woman of an unspecified amount of money when she went to him for special prayers.

The court presided by Mrs. O. Sule-Amzat, heard that Olamide had added Valium 5, a sleep-inducing drug, into the woman’s drink, making her sleep until the next day and in the process, forcefully had carnal knowledge of her without her consent.

The prosecutor, Sergeant Lucky Ihiehie told the court that the accused committed the crime on August 20, 2016, at Popoola Guest House, Alapere-Ketu area of Lagos.

“The victim told the police that she met the accused some time ago and he told her that he was a pastor, giving her some messages about herself. The accused told the victim some of her problems and the barriers she was facing in life, saying that he would help solve her problems with prayers.

“After their meeting the first time, he followed her up with phone calls and asking her the kind of dreams she has been having of late.

“He asked her to buy items like Bible, coconut, honey, salt and then told her to meet him for a spiritual bath at an undisclosed address.

“The last incident was when the accused told her to buy a sponge, drink, ginger and water before coming to meet him at Popoola Guest House, Alapere-Ketu in Lagos State, where the incident happened.

“He gave her a liquid substance in a cup to drink and she passed out and found herself alone the next day with her money gone.”

According to the prosecutor, a video of the illicit act was found in the phone of the accused with other previous videos of similar treatment of victims during police investigation.

He, however, pleaded guilty to the six-count charge preferred against him.

The presiding judge ordered that the suspect be remanded in prison till the adjourned date of October 6, for sentencing.
PLACE YOUR ADVERT HERE
Connect with people interested in education, social, crime and health News!