Popular Nigerian Economists, Pat Utomi during an interview session with PUNCH said he no longer has any words of advice for President Muhammadu Buhari because he has ''given up on advising people''. 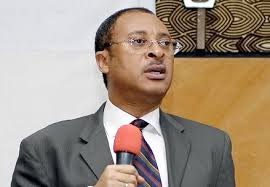 Utomi made the disclosure when asked how Buhari should handle the economic crisis in the country. He said, ''I don’t know what he should do. I have given up on advising people. I just want to become a farmer and see if I can produce something.''

On the scandal that trailed the 2016 budget, Utomi said, ''They took out the people who used to make budget and then they didn’t have anybody who has the capacity to make it, so the budget was a mess. Change is not about taking everybody out like that. In fact, part of my worry was that the people that we needed to retain were removed so fast. Look, this is part of the damage that the military did to Nigeria. A consistent unchanging public service that will change direction with some political leadership change is always better for the system because we need institutional memory. No organisation, whether it’s a business or government, can fare well if it lacks institutional memory — what the Germans call “veta shuuen.”
Share:
Facebook Twitter Reddit WhatsApp Email Link
[5747]