For Sale - One Bedroom Executive Flat - Lagos (NGN37m)
✅ NEW - car park, swimming pool, 24 hours light/security and more.
Ad
Patience Jonathan, Nigeria's first lady's name is not included in the official list of Africa's Most Beautiful First Ladies released by Richest Lifestyle, a US-based website dedicated to the lifestyle of celebrities and rich and famous people around the globe, which recently removed President Jonathan from its list of Africa's Richest Presidents shortly after listing him as the 6th on the list.

The website released the list of the top 10 most beautiful first ladies in Africa without including Patience Jonathan and perhaps, this had something to do with how her husband was recently yanked off the list.
The list named Princess Lalla Salma, married to the King of Morocco, Mohammed the VI as the most beautiful first lady in Africa, ahead of nine others.

Richest Lifestyle had recently ranked Jonathan alongside King Mswati III of Swaziland, stating that both African leaders were worth $100m (N16.5 bn) in the publication titled 'Africa’s Richest Presidents 2014.'
Following the publication, President Jonathan had threatened to institute a legal action against the publishers of the online magazine; stating that the ranking lacked 'factual basis.'

“The Presidency condemns the totally unwarranted inclusion of President Jonathan in the publication titled 'Africa’s Richest Presidents 2014' as another attempt to unjustifiably portray the President as a corrupt leader and incite public disaffection against him. As is well known, President Jonathan has never been a businessman or entrepreneur, but a life-long public servant. The clear and unacceptable imputation of the claim that President Jonathan is now worth about $100 Million is that the President has corruptly enriched himself while in office, which is certainly not the case,” the Presidential Adviser on Media and Publicity, Dr. Reuben Abati, had said in a statement. 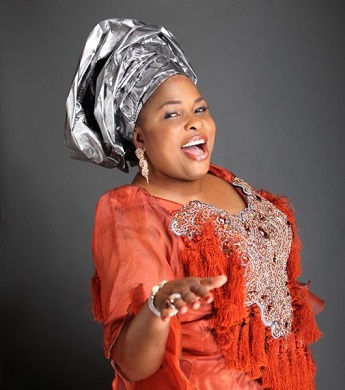 Beauty is in the gaze of the gazer....

Jules said:
Beauty is in the gaze of the gazer....
Click to expand...

I think this was more tactical and had very little to do with the woman's face. @Jules What do you expect? Her husband just threatened to drag them to court - I would have done the same with their list if in their shoes.

You can say that again. They're all sensitive about public perception all of a sudden