Oyo lawmakers at Tuesday’s plenary had through a motion passed a vote of confidence on the governor. The passage of the motion,according to the assembly was based on its assessment of Ajimobi's performance in the areas of security, environment, education, workers' welfare and economic reform.

Stalwarts of the PDP, Accord and Labour Party told newsmen in Ibadan that the motion was in bad faith.

Dr Nureni Yusuf, the Media Officer of Accord Party in the state, said the bill was not in the interest of the people.

"If the people of Oyo State are having issues to settle with the state government under Gov. Ajimobi over his urban renewal policy which affected their businesses, then I don't subscribe to the motion, ‘’ he said.

Yusuf said Ajimobi's administrative policies had not impacted on the lives of the people at the grassroots.

He said the lawmakers were just seeking for a second-term ticket from the governor.

"Under the guise that the government was carrying out the urban renewal programme, people's houses and property were destroyed. Yet, the same lawmakers kept quiet,’’ he said.

He said Accord Party members in the Assembly could not oppose the motion during the debate as they were in the minority. The spokesman said that the All Progressives Congress with its simple majority would always have its way.

Mr Olu Abiala, a Labour Party governorship aspirant in the state, said the vote of confidence passed on the governor did not represent the wishes of the people.

"I am not surprised at the motion passed by the House because they are part of the government of Ajimobi. Majority of the members of the Assembly belong to the APC; so you don't expect the party‘s house to be divided against itself,’’ he said.

Abiala, however, said that the people of the state at the appropriate time would speak with their votes.

Mr Kehinde Olaosebikan, a governorship aspirant of the PDP, told newsmen that the motion was "disheartening"

"I don't know when they would stop taking the masses for granted. What they did was not reflective of the feelings of the people,’’ he added. 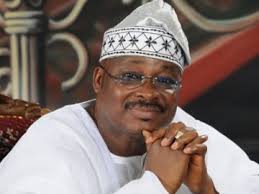