The Minority Leader, Senator Godswill Akpabio, while making the demand on behalf of the caucus in the day’s plenary, also called Uba’s removal as Chairman, Senate Committee on Public Accounts by Wednesday. 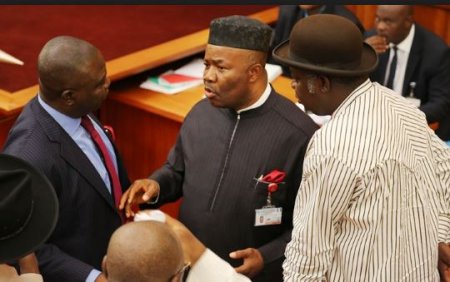 Andy Uba had said that he joined the APC because of other personalities in the party with sound ideas and whom he looked up to in politics.

He listed some of the personalities to include the Minister of Labour and Employment, Sen. Chris Ngige, and APC National Auditor, Chief George Muoghalu.

Uba stressed that with such caliber of people, the party would take the state to enviable heights.

Politics How Akpabio Was Rigged Out — Oshiomhole – Nairaland