FREE Nigerian Business Directory
✅ NEW - get your business listed and your information shared across social media.
Ad
The Peoples Democratic Party (PDP) has said that it will repeat its congresses in five states where it encountered challenges during the conduct of the exercises.

The Chairman, Alhaji Ali Modu Sheriff, announced the decision in a communiqué issued at the end of the 71st meeting of PDP National Executives Committee (NEC) held in Abuja on Tuesday.

He listed the states as follows: 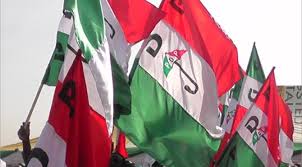 He said NEC with the Board of Trustees (BoT) and other stakeholders of PDP resolved that the party would hold its national convention in Port-Harcourt on Saturday as planned.

NAN
You must log in or register to reply here.