For Sale - One Bedroom Executive Flat - Lagos (NGN37m)
✅ NEW - car park, swimming pool, 24 hours light/security and more.
Ad
Pensioners in Nigeria are to enjoy a 33% increment in their pensions starting from the end of the month, Director-General, Pension Transitional Arrangement Department, Mrs. Nellie Mayshak stated while speaking on efforts to solve problems of the problematic Defined Benefits Scheme in an interview with The Punch.

"The good news is that the Federal Government has been working hard to implement the commitment in the implementation of the 33 per cent to civilian pensioners and that will take effect, hopefully, from this month (October)," she said.

She said PTAD comprises the Civil Service Pension, Police Pension, Customs, Immigration and Prisons Pension and Treasury Funded Parastatals Pension. However, in accordance with another Act of the National Assembly, Military Pension and Security Agencies Pension were exempted from the consolidation and from PTAD.

However, on the issue of arrears she said the Federal Government has a committee in place, headed by the Secretary to the Government of the Federation and the Nigeria Union of Pensioners to craft out modalities for addressing the arrears of the 33 per cent. That is quite huge.

"The pension increase is similar to the salary increase that took place between 2009 and 2010. So, if we are paying any arrears, because it scattered; it is not the same for everybody. It will take effect from around June 2010. It is almost four years of arrears we are talking about." she stated. 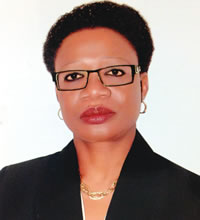 Business Senate approves increase of VAT from 5% to 7.5% – BellaNaija

Business What You Need To Know About Proposed VAT Increase From 5% – 7.5% – Naijaloaded