Curators
For Sale - One Bedroom Executive Flat - Lagos (NGN37m)
✅ NEW - car park, swimming pool, 24 hours light/security and more.
Ad
Petr Cech has revealed that he could be on his way out of Chelsea if he continues to the club's second choice goalkeeper.

The Czech Republic international is frustrated at the lack of first team action with the Blues and said that he is open to a move away from Stamford Bridge as he does not want to be sitting on the bench.

Cech has been playing second fiddle to Thibaut Courtois who has been Jose Mourinho's first choice keeper this season,only making his first league appearance on Sunday when he replaced the Belgian after he suffered concussion in their 2-0 victory over Arsenal.

"I have not spoken to anyone, but I think they know me well enough at the club (Chelsea) to know that the situation is definitely not the way I would imagine," Cech told a local station in his native country,Czech Republic while on international duty.

The 32-year old admitted that age is not on his side to continue being a second choice at Chelsea.

"With the Euros (in 2016) and the national team in mind, there is no time for me to sit on the bench and not to play. If the situation will not start to improve for me, then I will want to solve it." 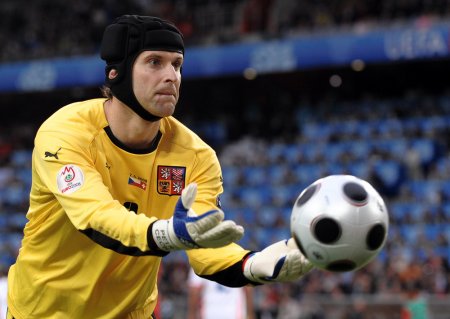