For Sale - One Bedroom Executive Flat - Lagos (NGN37m)
✅ NEW - car park, swimming pool, 24 hours light/security and more.
Ad
Motorists were held up for some hours on Monday following a multiple accident on the popular Kara Bridge axis of the Lagos-Ibadan expressway.

Witnesses said the crash occurred after a long truck headed towards Mowe rammed into several vehicles, including that of the Federal Road Safety Corps (FRSC).

They said the situation was later brought under control by FRSC operatives and officials of other emergency management agencies who were at the scene.

However, it was uncertain if there was any casualty. 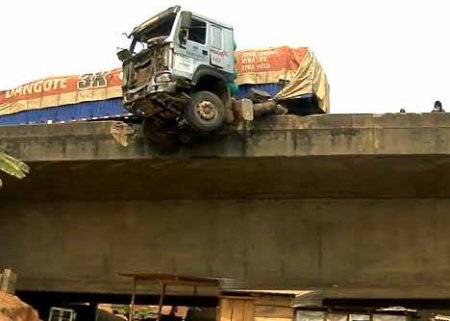