FREE Nigerian Business Directory
✅ NEW - get your business listed and your information shared across social media.
Ad
US Media Personality, Piers Morgan believes that Donald Trump's presidential campaign would have been over two nights ago but for the help he got from Bill Clinton, former US President and Husband of Hilary Clinton. 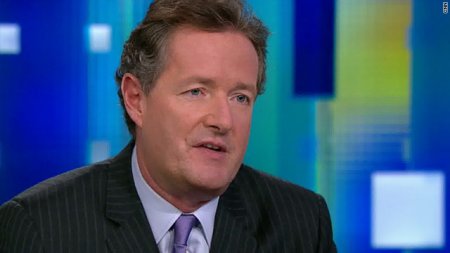 I don’t think I’m overstating things when I say that last night’s debate was the most sickeningly squalid spectacle in the history of US politics.

To see the remaining two candidates for the presidency trading blows about sexual assault and rape was so unedifying it defies any parody Saturday Night Live might ever come up.

Most polls so far say Hillary Clinton.
But I think Donald Trump did, simply because he was still standing by the end – physically and metaphorically.

Many predicted this would be Trump’s televised 90-minute political funeral following the leak of those indefensible Access Hollywood sex-charged tapes.

The fact that he lived to fight another day says a lot about Teflon Don’s astonishing resilience under fire and his impenetrably shameless rhino hide.

But it also says a lot about Hillary Clinton’s essential weakness too.

This should have been the night she landed the White House.

After years of telling us she was the No1 candidate for women, she was handed a gold-plated gift enabling her to prove it once and for all.

Worse than that, Trump appeared to be openly boasting about using his celebrity status to commit sexual assaults on women.

‘I’m automatically attracted to beautiful women,’ he told NBC presenter Billy Bush. ‘I just start kissing them. It’s like a magnet. Just kiss. I don’t even wait. And when you’re a star they let you do it. You can do anything.. Grab them by the p***y. You can do anything.’

It’s hard to imagine any ‘October surprise’ that could possibly suit Hillary’s agenda more than this.
All she had to do was stand on that podium last night and read out exactly what Trump said about women.

Then repeat it a few more times during the debate to ram his own repellent words down his throat.
No male presidential candidate could possibly withstand such an excruciating barrage from a female candidate.

Virtually every woman in America would have been cheering her on as Trump wilted and withered on a stage of shame.

The Donald would have been damned by his own dirty diction in front of 100 million people.
The trickle of Republican figures disowning him would have turned into a tsunami. Would even his VP pick Mike Pence have stood by him?

In which case it would have been game over, surely?
But when the moment came, Hillary blew it.
She tried to go there, of course.

Yet there was one huge problem: her husband Bill, sitting just a few yards away in the front row.
The world knows him as a brilliant politician, but also as a serial seducer of epic proportions who, while he was President of the United States, even had sexual relations with a young intern in the Oval Office.

In comparison to Bill, many view Trump as a choirboy when it comes to women.
Earlier last night, Trump hosted a press event with four women: Juanita Broaddrick, Paula Jones, Kathleen Willey and Kathy Shelton.

Broaddrick claimed Bill Clinton raped her when he was Arkansas attorney general, and that Hillary intimidated her into silence when her husband launched his own bid to be president.

Willey was a former White House volunteer aide who alleges Bill Clinton sexually assaulted her during his first term as president.

Jones is a former Arkansas state employee who sued Bill Clinton for sexual harassment.
Shelton was a 12-year-old rape victim whose attacker was defended by Hillary Clinton in her lawyer days. A tape later emerged showing Hillary chuckling when talking about the case and suggesting she knew her client was guilty. She used a legal technicality to get him a substantially reduced sentence.

It was a prurient, distasteful and thoroughly self-serving stunt by Trump to sit among these women in front of the world’s media shortly before the debate started.

And then take them to the actual debate itself and sit them right in the front row, feet away from Hillary.

It also proved to be an extremely effective form of ugly politics.

Hillary knew they were there.
So did Bill.
And so did the world.

One Democrat compared it to the scene in Godfather II where Michael Corleone flies in the brother of family super-grass Frank Pentangeli to sit in the Senate committee room as a chilling silent reminder of the mafia code of omertà.

When Hillary went after Trump for his sex tapes, he instantly flew back at her about these women.
‘If you look at Bill Clinton, far worse,’ Trump jabbed. ‘Mine were words, his were actions. Bill Clinton was abusive to women, Hillary Clinton attacked those women, attacked them viciously.’

It was devastatingly brutal to watch, but as he doubtless hoped it would, it stopped the sex tape debate in its tracks.

Hillary had nowhere to go but meek retreat.

‘I’m reminded,’ she said, ‘of what my friend Michelle Obama advised us all: When they go low, you go high.’

Hmmm.
I’m not so sure about that, Mrs Clinton.

I think the world’s women were more of the ‘when they go THIS low, deliver the fatal blow’ mind-set.

But she couldn’t and Trump knew it.
Emboldened by this knowledge, you could see his confidence levels rise for the rest of the debate as he scored valuable points against her over issues like emails, Benghazi, Obamacare and Iraq.

Hillary held her own but she was nowhere near as comfortable or dominant as she was in the first debate.

By the end, it was clear that Trump had won the real battle.
Far from being finished, he had sent a firm message to his supporters and indeed to those in the Republican Party itching to ditch him, that he is still alive and kicking in this race.

Hillary even shook his hand at the end, having declined to do so at the start. She may as well have waved a white towel.
As for what happens next, who the hell knows?

The truth about this extraordinary election is that nobody really has a clue what will happen in the next 24 hours, let alone 29 days.

Perhaps America’s self-styled ‘smart crowd’ among the Washington, New York and Hollywood elite are right and Hillary will walk it.

Or perhaps what we’re seeing is an almost exact replica of what happened in the UK with the EU Referendum back in June.

The ‘Remain’ camp, led by Prime Minister David Cameron, was cock-sure certain Britain would vote to stay in Europe. That was the only ‘intelligent, logical’ result, surely?

(Full disclosure: I voted Remain)
Especially given he and his team had assured us for months that the Brexit side, led by Trump’s new No1 cheerleader, UKIP leader Nigel Farage, was full of supposedly racist, sexist, homophobic Neanderthals.

I smell the same whiffs of sanctimonious superiority pervading the Clinton camp in this US election campaign.

The problem is that’s not what vast swathes of Middle America actually think.
They still see Trump as their billionaire Robin Hood, albeit with rather more personal flaws.

And they loathe Hillary because to them, she’s the walking, breathing, smirking personification of the very Establishment they believe is conspiring to wreck their lives.

They are also, as we’ve seen from the reaction to last night’s debate, well aware that when it comes to defending the rights of women against sexist, misogynist creeps, it’s probably best not to be called Clinton.
You must log in or register to reply here.

K
World Trump had a meltdown and yelled at aides backstage when he realised how empty his rally in Tulsa was, reports say – Business Insider