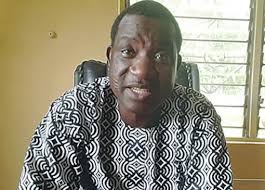 He also distanced his government from patronages that revolve around fasting, including celebrations such as Sallah and Christmas, among others.

Lalong however, pointed out that the hard and painful stance by government would be reviewed as the financial situation improves.

He added that the economic and financial challenges facing the country and state are glaring enough to see.

The governor reiterated in his broadcast, that the government has recovered looted funds, amounting to N2.7billion from the state Universal Basic Education Board (SUBEB).
You must log in or register to reply here.