The Commissioner of Police in the state, Mr Nasiru Oki, said this on Wednesday in Jos while briefing newsmen.

Oki said that Shepang, a resident of Kwalla Village in Quan Pan Local Government of Plateau, deceived his wife, Agnes, into a nearby bush with the pretext of helping her to fetch firewood.

"When they entered the bush, Shepang handed over his wife to the ritualists who took her away for ritual purposes. At their shrine, the ritualists, whose faces were masked, asked Agnes whether she was still a spinster, to which she answered in the negative.

"She told them that the man that brought her was her husband. This development infuriated the ritualists, who quickly told her to run away since the person they wanted for the sacrifice was expected to be a spinster and a virgin,’’ Oki said.

The commissioner said that Agnes, who was stripped of her clothes, ran naked to the village where she reported her ordeal to the villagers who then reported the matter to the police.

According to Oki, the police have also arrested one of the ritualists and he is being questioned along with Shepang. 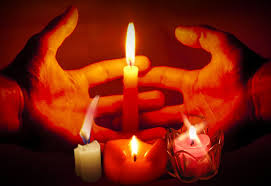