Curators
For Sale - One Bedroom Executive Flat - Lagos (NGN37m)
✅ NEW - car park, swimming pool, 24 hours light/security and more.
Ad
Plateau United Football Club of Jos was thrown into mourning mood yesterday following the death of petit winger, Simon Shehu in a fatal motor accident which occurred on his way from Jos to Kaduna
He was travelling to Kaduna to put finishing touches to his wedding scheduled for this weekend in Kaduna. 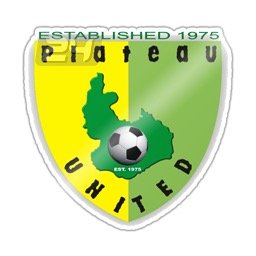 The accident according to the General Manager of the club, Pius Dada happened along Kafancha/Kaduna road.

He said there were four occupants in the late player’s Ford 4 wheel car and while others sustained serious injuries, the Plateau United star was said to have died on the spot.

Sporting Life gathered that the late player joined Plateau Utd two seasons ago from El Kanemi Warrious and was part of the team that helped the Jos based team to gain promotion to the Nigeria Professional Football League (NPFL) this season.
Last edited by a moderator: May 23, 2016