For Sale - One Bedroom Executive Flat - Lagos (NGN37m)
✅ NEW - car park, swimming pool, 24 hours light/security and more.
Ad
Hundreds of supporters of Ekiti State Governor, Ayo Fayose on Friday trooped to the streets to protest alleged plan by members of the state House of Assembly to impeach the governor.

The News Agency of Nigeria (NAN) reports that the protesters, under the aegis of Positive Minds Club for Teachers (PMCT), first converged on Fajuyi Park, Ado Ekiti with placards in the early hours of the day.

The protesters later marched to Ijigbo roundabout, Okesha, Okeyinmin areas of Ado Ekiti, where they were addressed by two of their leaders.

NAN reports that the placards the protesters were carrying were reading inscriptions such as "No to impeachment", "We want peace in Ekiti", "Return the N800 million bribe to your leader", "No going back on June 21 election result", among others.

In his address, the President and Treasurer the group, Messrs Ojo Patrick and Bello Ganiyu Akande, respectively said that they would mobilise the people of the state to move against any plan to remove the governor from office.

``It is a peaceful protest and the police are here to ensure that the protest is not hijacked. We are going to maintain peace throughout the protest.

``We just want to show to all Ekiti people that we stand by the result of the last election and our mandate.

``If the House of Assembly wants us to come and dialogue with them, we are ready,” he said.

Patrick appealed to the lawmakers “in the interest of all Ekiti people to stay clear of any move to impeach the governor."

He said what the state desired now was peace, adding that all stakeholders should join hands with the governor to ensure peace.

The treasurer of the union, said ``nobody should tamper with the mandate of the people be you, E-11 or anybody that may want to truncate that election."

He said that the protest would continue until the lawmakers embrace peace and agree to work with the governor to move Ekiti forward.

The assembly had on Thursday at a press briefing denied collecting money to remove the governor.

The Majority Leader of the Assembly, Hon. Churchill Adedipe, who spoke on behalf of the assembly members, said the meeting they held with their leaders in Lagos was to discuss the forthcoming national convention of APC.

``And there is nothing wrong about that,'' he said. 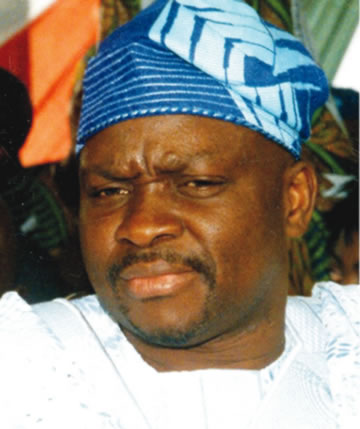