FREE Nigerian Business Directory
✅ NEW - get your business listed and your information shared across social media.
Ad
Osama bin Laden’s son according to reports is seeking to avenge his father’s death and is poised to become the new leader of Al Qaeda.

Personal letters seized in the raid that killed bin Laden show that his son, Hamza, is set on avenging his father’s death, Ali Soufan, a former FBI agent, told CBS News in an interview. 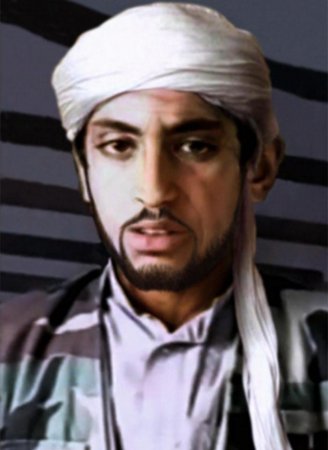 “He tells him that…he remembers ‘every look…every smile you gave me, every word you told me,” Soufan said about bin Laden’s son. Soufan also said Hamza wrote that he considers himself “to be forged in steel," and has even started to sound like his father.

“His recent message that came out, he delivered the speech as if it’s his father, using sentences, terminology that was used by Osama bin Laden,” Soufan said.

Hamza is believed to be about 28 years old and has been named as a “specially designated global terrorist” by the U.S., as he has recorded four audio messages in the last two years, aimed at the U.S.

“And we’re going to take revenge for what you did to my father. Iraq, Afghanistan’. The whole thing was about vengeance.”

Soufan said that Hamza’s path to become the leader of the terrorist organisation was created years ago when he was used as a propaganda tool in bin Laden’s videos.

he'll die like his father is he dont take care
J

Yes oo .. They just inject ebola into him

He should get ready to die like his father. I wonder why the target of every terrorist group is US. well, let's Gods wish be done.

He should get ready to die like his father. I wonder why the target of every terrorist group is US. well, let's Gods wish be done...
C

Let him be ready to be roasted just like his father. Let him just try nonsense
D

Death is his lot unless he repents
D

He has refuse to fhnd out what killed the father,he wants to rush to meet his 72 virgins waiting for him in hell,( because it cannot be heaven)