For Sale - One Bedroom Executive Flat - Lagos (NGN37m)
✅ NEW - car park, swimming pool, 24 hours light/security and more.
Ad
According to Dailypost, a certain herbalist, identified as Musiliu Otun was arrested over the weekend by the Special Anti-Robbery Squad of the Ogun State Police Command for allegedly keeping arms, ammunitions, and making charms for suspected armed robbers.

Confirming the arrest, the Police Public Relations Officer, PPRO, Muyiwa Adejobi, said, “SARS operatives have been probing the involvement of the herbalist in many robbery operations, which led to his arrest.” 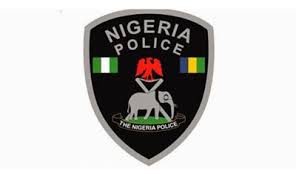 The herbalist, the PPRO said was arrested at the Itunranikenken area of Sagamu, in the Sagamu Local Government Area, with guns, ammunition and charms.

Adejobi said the Commissioner of Police, Abdulmajid Ali, had directed that proper investigations be carried out on the cases.

He said the command would leave no stone unturned to ensure adequate protection of lives and property in Ogun State.

Curators
obviously not very good at what he does
M

stato said:
obviously not very good at what he does
Click to expand...

Exactly. Bushmeat has caught up with the hunter
P

stato said:
obviously not very good at what he does
Click to expand...

I think he's still joking with the police... the man will soon disappear. Don't you watch Nollywood.