Curators
A 23 year old artist and film maker Ilya Novikov was arrested for impersonating Jesus Christ after he was spotted walking along a road carrying a huge wooden cross on his back in the city of Perm in central Russia's Perm Krai region.

A video recorded by an eyewitness showed the bearded artist wearing long flowing white robe as he walked along the street with a T-shaped cross.

Motorists saw him and called the Police. Two policemen quickly arrived on the scene to arrest him - but struggled to fit his cross in the back of their patrol car. They eventually succeeded and took Mr Novikov to a police station for questioning and was later released.

Speaking after release, Mr Novikov said: "My friend gave me some wooden sticks so I made a cross out of them. The experience of Jesus Christ was repeated. People were laughing, shouting and mocking me.

'This reaction proves that the Bible story was true and that after 2,000 years people have still not changed - we are still cruel and intolerant to our neighbours." 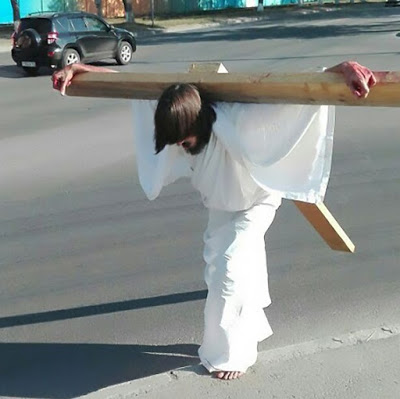 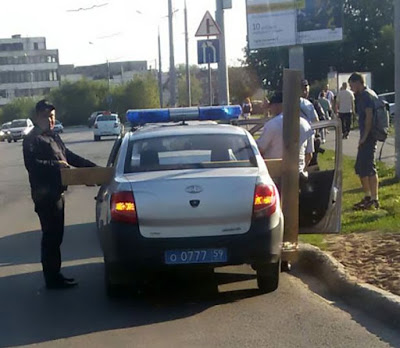 They were able to fit the cross into the car? Did Jesus not say 'my cross is heavy'?
M

Oluogunjobi said:
They were able to fit the cross into the car? Did Jesus not say 'my cross is heavy'?
Click to expand...

Where did Jesus say that?